Land Surveys and the team at CR Kennedy prove how seamlessly MLS and UAV LiDAR can work together when you have the right package.

It’s a typically scalding day just outside Perth, but this Land Surveys crew barely break a sweat as they crank up the air con in the firm’s signature Hilux. The new RIEGL VMQ-1HA mobile mapping system on the roof is doing much of the hard work as they cruise the highway at 60 km/h. 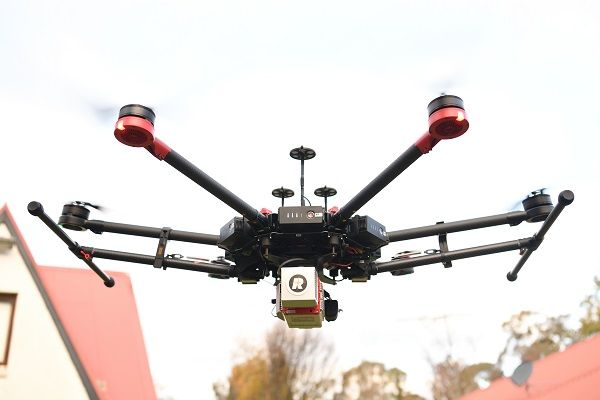 But there’s no escape from the heat for their workmates that are stuck outside in order to maintain line of sight with their UAV outfitted with RIEGL’s miniVUX-1UAV LiDAR scanner.

These guys are just thankful for the fact that the state-of-the-art scanner and DJI M600 UAV make quick work of the job, and they wrap up the scanning – and escape the sun – after just a few short hours.

While these two crews had vastly different experiences in the field, the data Land Surveys collected with their complementary pair of RIEGL scanners will be seamlessly weaved together to form a single point of truth that the client’s engineers have come to expect from the firm.

The client brought in Land Surveys to capture 16 kilometres of semi-rural highway to facilitate road and lighting upgrades and a new roundabout on one stretch of the road. While the initial request was for mobile laser scanning data, it soon became clear that the engineers would need some additional information on the proposed intersection.

Unfortunately, the surrounding land was all privately held, and using terrestrial means would have involved letter drops and otherwise engaging the landowners to organise access – expensive, complicated and time-consuming work.

But the client knows that the Land Surveys team invested in two powerful RIEGL scanners that prepared the firm for just this sort of situation.

“Because the client was aware that we have both the RIEGL MLS and the RIEGL UAV system, they tend to call on us when they need sort of an infill on top of the mobile laser scanning data,” says Matt Chapman, National MLS Coordinator with Land Surveys.

“So we were asked to basically go out and capture the area with the UAV LiDAR and then use the previously captured mobile laser scanning data to control the UAV LiDAR and to merge those datasets together, to deliver a complete dataset that will look seamless for the client.”

Land Surveys Chief Technical Officer Bruce Baker says it didn’t take long to see the benefit of having both of these scanning technologies working in tandem. 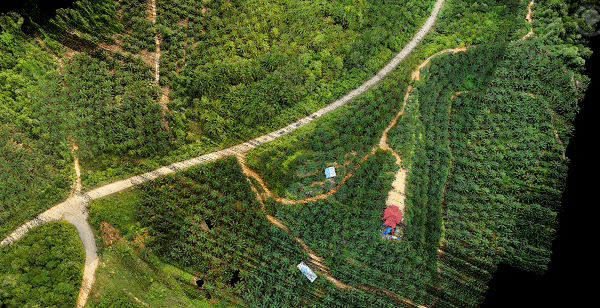 Originally, Baker says, the firm was mainly looking for a new MLS solution. Given the diversity of projects around Australia the firm needed a scanner that was transportable, easy to install and calibrate, while also utilising sensors that would provide ‘survey’ grade data accuracy when required.

“So, we were working with the guys at CR Kennedy on lining up a new MLS system, and of course we started with the sensors – RIEGL are renowned for their sensors,” he recalls.

“Once we selected the RIEGL VMQ-1HA MLS system, we saw this UAV and that it has the same package, the same integration and same inertial sensors.”

Baker says the lightbulb moment came when the team at CR Kennedy demonstrated just how seamlessly RIEGL were able to integrate the two systems to create a smooth, unified workflow.

“It just became really obvious that we had best of breed with the sensors and that RIEGL were the best at integrating it and that’s why we went there,” Baker says.

But while the results themselves looked tantalising, the Land Surveys team still took their time in order to build a business case for where the complementary UAV LiDAR could add value. And, it didn’t take long to realise that the combination of MLS and AUV LiDAR were perfectly suited for transport corridor mapping.

Both systems provide a unique point of view at the point of capture, but experience shows that there are always gaps in the MLS data due to obstructions, change in slope, and where the vehicle on which the MLS is installed cannot access.

“But by using the UAV LiDAR system, we can infill areas that the MLS can’t see by providing the “top down” perspective,” Baker says. “This is particularly useful at intersections, over and under-passes, areas of heavy vegetation of dramatic changes in slope, i.e. where the road or rail is elevated.”

It looks like clients around Australia are beginning to realise that the seamless integration that the RIEGL MLS and UAV LiDAR systems are able to deliver is incredibly rare. And that has been good for Land Surveys’ bottom line and reputation.

“Because the client knows that you’re going to be able to merge data more or less seamlessly in the same software package, they have peace of mind that it’s an easy transition between the two units,” says Land Surveys’ Matt Chapman.

“And, with us being unique in that respect certainly in WA and I think unique to Australia, I have definitely heard that clients see the benefit in that,” he says.

Since taking the delivery of the two systems in mid-2018, Land Surveys have spent a lot of time working with RIEGL on refining the software processing tools, features and functionality.

“There is no question that we are technically demanding now, which is typical in Australia in general,” Baker says. “But, having RIEGL and CR Kennedy on our side allows us to really push the system to the limit.” 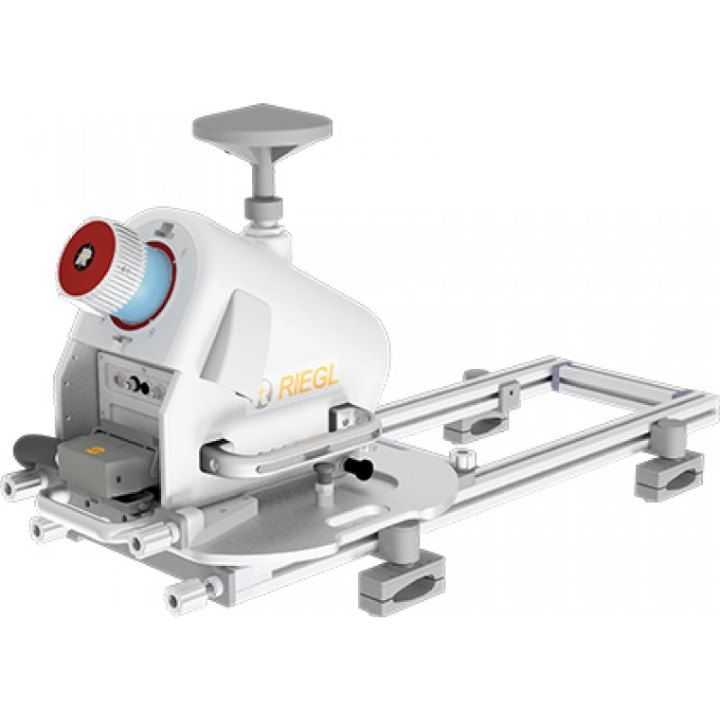