Business as usual at C.R.Kennedy Survey

We continue to operate our warehouses at full capacity with safety
and sanitary procedures in place to minimise risks.

Our employees are determined to continue serving our customers.

Thank you for your continued support - stay safe.

Terrestrial Laser Scanning - The Next Generation

Republished with permission by James Worrell,
Director at Bennett and Francis, SkyTactics,
SkyMatter

Even though Bennett and Francis has been operating for 100+ years, we strive to keep an earlier-adopter mentally and our most recent technology acquisition was in the first shipment of this type into Australia .. helps I am an I.T. nerd who likes (very) expensive gadgets.

The latest Leica Geosystems terrestrial laser scanner, the RTC360, was announced in June, arrived in Australia three weeks ago and we have already done an easy 700 scans with it already .. at roughly 2.4 GB per scan .. generating well north of a terabyte of data already.

This scanner is a bit of a game changer. If you haven't heard about terrestrial laser scanning, point clouds, scan-to-bim, reality capture, reality surveying, high definition surveying or any version of these titles (which all pretty much mean the same thing) or how they help or can be applied to measure the built environment – get in touch!

No one scanner is perfect for every situation, but this one comes damn close and fills an important place in our scanning fleet – now seven scanners strong.

It is fast. So fast in fact in makes new services and data capture tasks viable. More on that later.

But how fast is it? 2 million points-per-second. Yes you read that correctly .. this thing can collect 2,000,000 measurements per SECOND.

The points-per-second speed is only one part of the headline. It also does a full spherical HDR image capture for 1 minute more on station.

Finally, it has a new vision-assisted motion-tracking IMU system, that Leica have called VIS, that makes registration (joining the scans together) a lot faster back in the office.

We used to look at time-on-station scan times of between 10 and 20 minutes .. we can now look to reduce the field capture time to as low as 26 seconds – it almost takes longer to walk between scans now as it does to capture them – add one minute more for photos and therefore colour.

The scanner also produces very crisp/clean data over shorter ranges – so for Scan-to-Model this thing is spot on. In conjunction with a total station or one of our other compensator-equipped scanners, we can shoot in targets for survey-grade data and we can now capture very comprehensive and clean data sets in a timeframe that is not possible with any other scanners currently on the market. We just had to have one ... will probably be two – at AU$100k a piece!

But not only are we looking to deploy this for Scan-to-BIM workflows.

Because of the scanner's speed and availability of automated software (ClearEdge Verity), this now makes Construction Validation a real option.

What does this mean? Verity can take a laser scan and automatically compare it to your design model – and look for items that are built out of tolerance – structural columns and beams, walls in the wrong place, pipes and HVAC – anything you have modelled that is built can be compared.

In the past, the cost of scanning was too high to use it throughout the construction process - it was limited to specialist pick up - like floor flatness surveys or to survey more complex as-constructed features. At 26 seconds per scan, we can now look to make regular verification an option – but the best bit – if done right, that same data that is being used for verification, can also be siloed and used years into the future as an As-Constructed record/survey. It means you only survey once and you have beam locations, pipes behind walls, your fire sprinkler and mains locations, HVAC – everything that is installed at the time of the scans – and you might be scanning daily – depending on the building schedule to make sure you get what you need.

Once verified – the model(s) can be updated to an as-constructed model – you can immediately clash-detect – so an example scenario, your HVAC which is arriving in a couple of weeks is going to smack into the beam that went in 200mm out of place this week – better fix the HVAC. No delays. 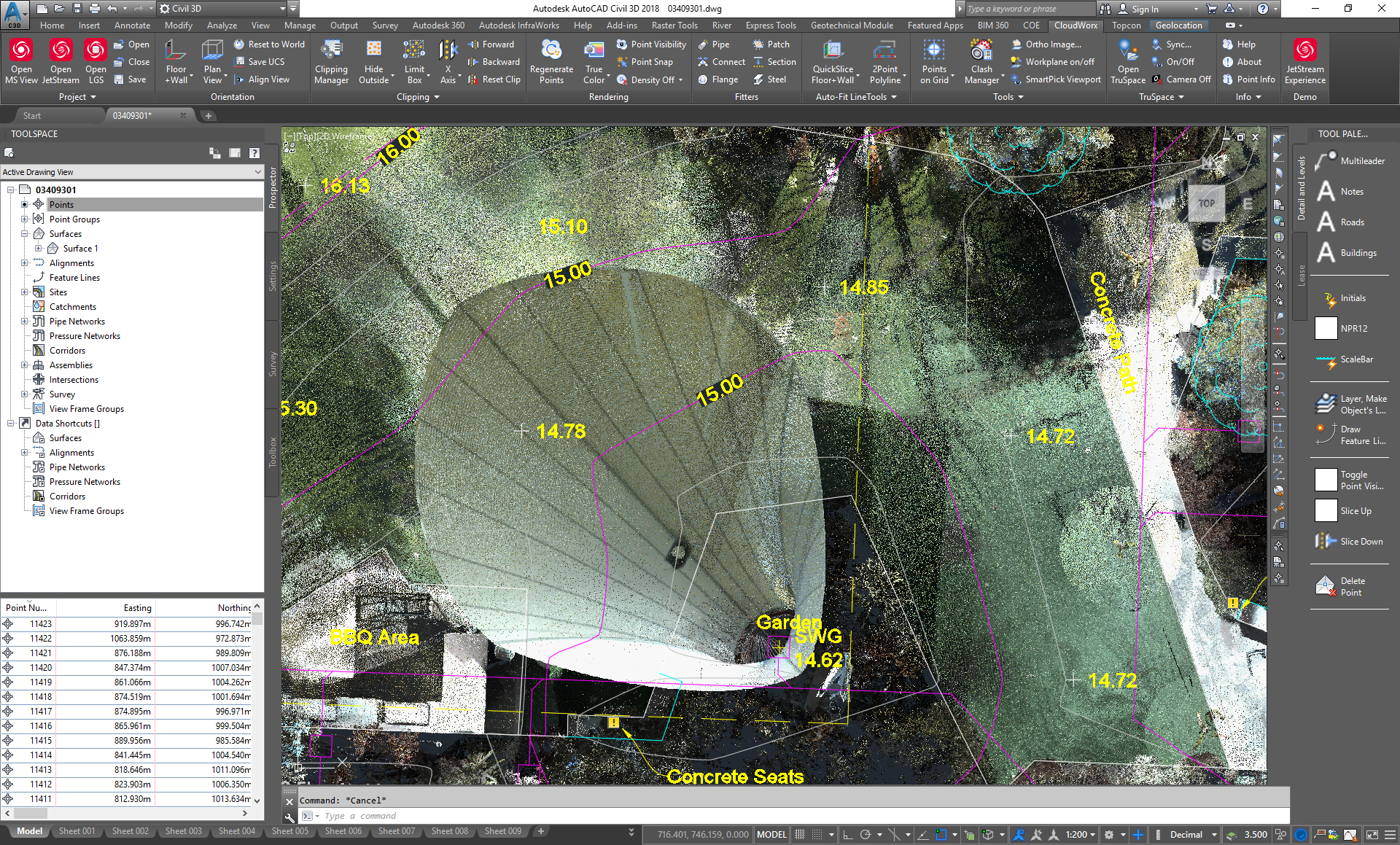 As an infrastructure owner – this data can be leveraged in the future – you might need a new cable tray, but you already have the scan data. The scan data or the as-constructed model can go to the designers as-is, no need to get in the roof and try and survey everything up there again - retro-scanning is very time consuming and no where near as comprehensive or as accurate as surveying when the features are fully exposed.

The days of paper copies (or PDF's) of plans are over .. owners should be asking for as-constructed models from all consultants – not PDF/paper - and the fastest way to collect the spatial data is laser scanning.

Webinar: Speed and Collaboration with the BLK2GO

It's time for digital first approach. Book your online consultation to find out how.

Take advantage of these special deals