Mining has long been known as one of the most dangerous professions in the world. Deep underground, workers can fall victim to sudden cave-ins, floods, or the leak of toxic fumes. Once upon a time mining teams would bring a canary with them to act as an early warning sign for potentially lethal vapors. These days the mining industry has a new flying friend helping to make the job safer.

We are used to seeing drones up in the sky, but increasingly this technology is being used to help explore, map and inspect mine shafts underground as well. Emesent, an Australian tech startup, has created a solution called Hovermap that allows drones to autonomously navigate through tight, dark spaces, even when there is no GPS available. It uses LiDAR to sense and map the world around itself, creating data-rich 3D models that can later be used to track the structural integrity of these areas. 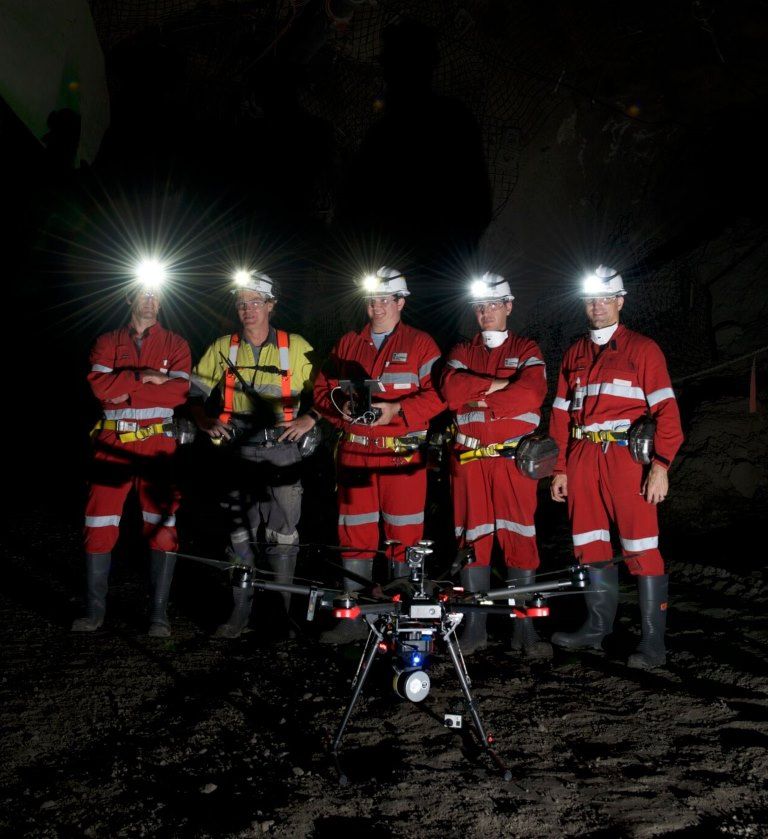 In mining for ore, companies often use a technique called “stoping” to extract precious metals. Underground voids known as stopes are created by blasting the ore body and extracting the fragmented rock. The stopes need to be scanned to ensure no valuable ore was left in the ground, and to check if waste material was extracted by mistake, diluting the ore quality. Scanning the stopes is currently a dangerous task as the surveyors need to operate close to the stope entrance where there is a high risk of rockfall from the unsupported ground. Sending in an autonomous Hovermap-enabled drone from a safe distance means the surveyors are not put at risk.

“Hovermap enables the mining industry to safely inspect inaccessible areas of underground mines, while improving the type and quality of data collected to unlock new insights,” said Dr. Stefan Hrabar, co-founder and CEO of Emesent. “This includes stope reconciliations to check if the blast went according to plan and to calculate the volume of the stope. The 3D point cloud that Hovermap produces has so much detail that it can also be used to detect geological structures such as fracture planes.” These fracture planes are points of weakness that can be difficult to detect with the naked eye, but which are prone to dangerous collapse. “Our scans provides geotechnical engineers a better understanding of the rock conditions underground, allowing them to improve the safety of the mining operation by designing appropriate ground support.” 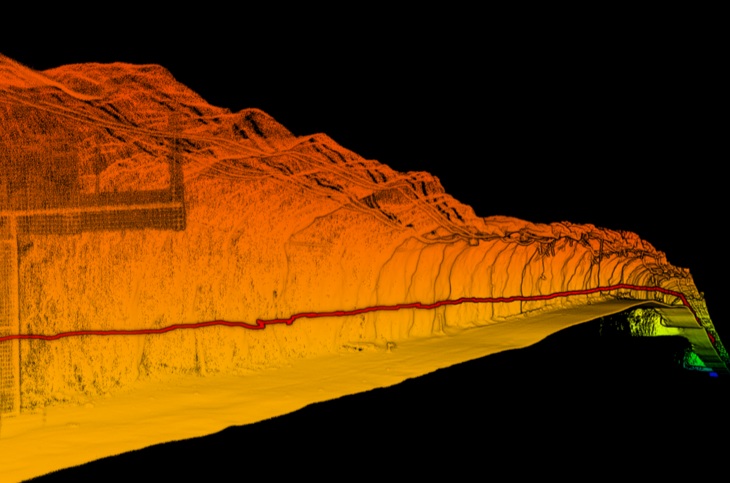 When mounted to a compatible drone, Hovermap uses data from the LiDAR sensor to enable mapping and advanced autonomy functions. The technology that makes this possible is simultaneous localization and mapping (SLAM). SLAM enables a drone to navigate and map a space at the same time, while avoiding collisions, even if it has no pre-existing information about that space. “A Hovermap-enabled autonomous drone can get the highest-quality mapping results in hazardous and complex areas, while ensuring that it never loses awareness of its location or its ability to find its way back out safely,” says Hrabar.

The core technology powering Hoveramp was initially developed by the company’s founders while they were working with Australia’s Commonwealth Scientific and Industrial Research Organisation, or CSIRO for short. A joint CSIRO and Emesent team was recently selected to participate in the US Defense Advanced Projects Agency’s (DARPA) new Subterranean Challenge, which aims to develop innovative technologies to rapidly map, navigate and search underground environments. It was DARPA’s 2004 Grand Challenge that helped the birth of today’s self-driving car industry and pioneer the use of LiDAR for autonomous navigation. The goal of this new challenge is to find new tools and techniques that could be used by emergency responders working in underground situations. The winning team could provide a boost to humanitarian efforts, and also take home a $2 million prize.

Trade In and SAVE with Leica